Fade is the most direct, personal and cohesive album of Yo La Tengo's career. Recorded with John McEntire at Soma Studios in Chicago, it recalls the sonic innovation and lush cohesion of career high points like 1997‘s I Can Hear the Heart Beating as One and 2000’s ...And Then Nothing Turned Itself Inside Out. The album is a tapestry of fine melody and elegant noise, rhythmic shadowplay and shy- eyed orchestral beauty, songfulness and experimentation.

But Fade attains a lyrical universality and hard-won sense of grandeur that’s rare even for this band. It weaves themes of aging, personal tragedy and emotional bonds into a fully-realized whole that recalls career-defining statements like Blood on the Tracks, I Want to See the Bright Lights Tonight, or Al Green's Call Me.

"Nothing ever stays the same / Nothing’s explained," the band sing in unison on the reflective opening track "Ohm". "We try not to lose our hearts / Not to lose our minds." It’s a straightforward sentiment for a band who prefer private intimation to forceful expression. It makes the song’s resistance to resignation feel that much more earned.

This is the first time Yo La Tengo has collaborated with producer John McEntire, best known for his work in Tortoise as well as for recording such artists as Bright Eyes, Stereolab and Teenage Fanclub. He has helped the band hone a set of songs as multifaceted as they are seamless -- flowing from the low-key shimmy of "Well You Better" to the muted motorik kick of "Stupid Things" to the cozy distortion of "Paddle Forward," and right through to the cagey groove, horns and strings of the gorgeous album closer, "Before We Run," in which Georgia Hubley and Ira Kaplan sing "Take me to your distant lonely place / Take me out beyond mistrust."

Fade's emotional core sits at its very center with two songs, one sung by Kaplan and one by Hubley. The tender, raw, Kaplan-sung ballad "I'll Be Around" pivots around a circular guitar figure set against James McNew's pulsating bassline. The song's simplicity and starkness stand like a beacon against the emptiness. The following track, "Cornelia and Jane," features Hubley gently singing, "I hear them whispering, they analyze / But no one knows what's lost in your eyes / Sending the message that doesn't get to you / How can we care for you?" supported by whispering cushions of horns and delicate vocal harmonies. The effect is both heartbreaking and reassuring. 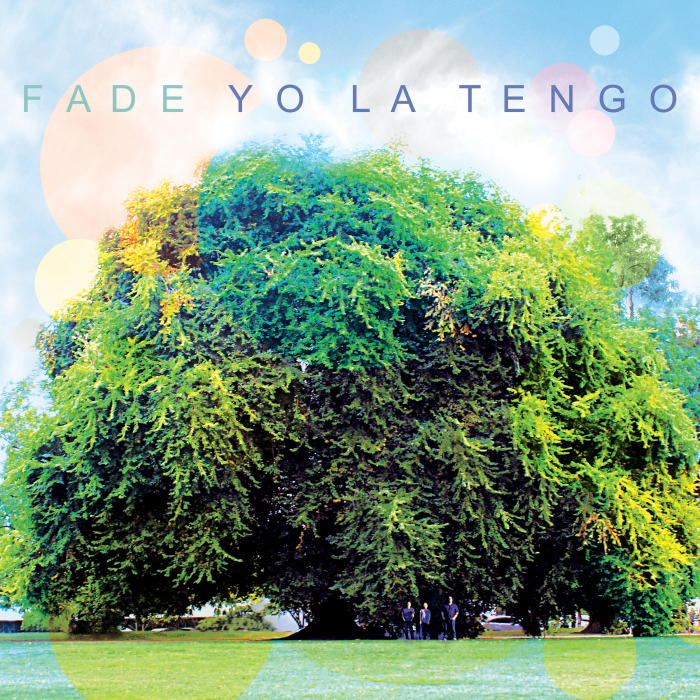