Fucked Up are a punk band. They were a punk band when they started in Toronto more than a decade ago, and they've remained a punk band even as they've ascended to career heights that their younger selves never could've imagined. But how do you remain a punk band when you're on magazine covers, or sharing stadium stages with the Foo Fighters? How do you stay true to your 15-year-old self when you've got a career to maintain, and families to support? Those are the questions that Fucked Up asks on Glass Boys. And they ask those questions in the form of a blazing, titanic, ultimately triumphant rock album.

The last two Fucked Up albums were sweeping, defining, monolithic gestures. On 2008's The Chemistry Of Common Life, they tested hardcore's capacity for stylistic innovation, for seven-minute songs and unconventional arrangements, and they won Canada's prestigious Polaris Music Prize in the process. With 2011's David Comes To Life, they offered up a full-blown rock opera, coming with one larger-than-life hook after another, and that made them even bigger, and further away from the Toronto hardcore scene that nurtured them. Glass Boys isn't a retrenchment or a back-to-basics move; it's too ambitious and complex for that. But after those last two albums, it's tight and concise and direct, an album of real and direct sentiment rather than artifice.

Musically, Glass Boys carries echoes of some of the more ragged and adventurous bands from America's punk past (Husker Du, Dinosaur Jr.), but it also has some of the anthemic charge of the Who and the guttural intensity of Negative Approach. Singer Damian Abraham still growls like a demon, but he's found more range and depth in his bark. Drummer Jonah Falco does something innovative on the LP, adding two separate drum tracks, one of them in half-time, adding a psychedelic, disorienting feel. (A limited vinyl edition of the album includes a bonus version that only features Falco's half-time drums.) The triple-guitar battalion of Mike Haliechuk, Ben Cook, and Josh Zucker still builds symphonies out of feedback and power-chords, but this time around, there's less emphasis on world-crushing riffs and more on world-creating textures. Bassist Sandy Miranda is now even more a part of that storm, her instrument blurring in with that overwhelming guitar roar.

And if the album's lyrics concern the quest to stay true to your younger self, the music pulls off the trick beautifully. "Echo Boomer," like "Son The Father" and "Let Her Rest" before it, makes for a powerful album opener, a surge of catharsis that gives a strong idea of what's to come. "Sun Glass" builds from acoustic strumming to bleary pummel and stays pretty the whole time. "DET" has one of those world-annihilating choruses that demands a full-room singalong. And the album-closing title track is a blast of epic catharsis as grand and forceful as anything this band has ever done. After two monumental concept-driven concept albums, Fucked Up have made another heart-expanding, life-affirming piece of work, and this time, they've done it by shooting straight from the heart. 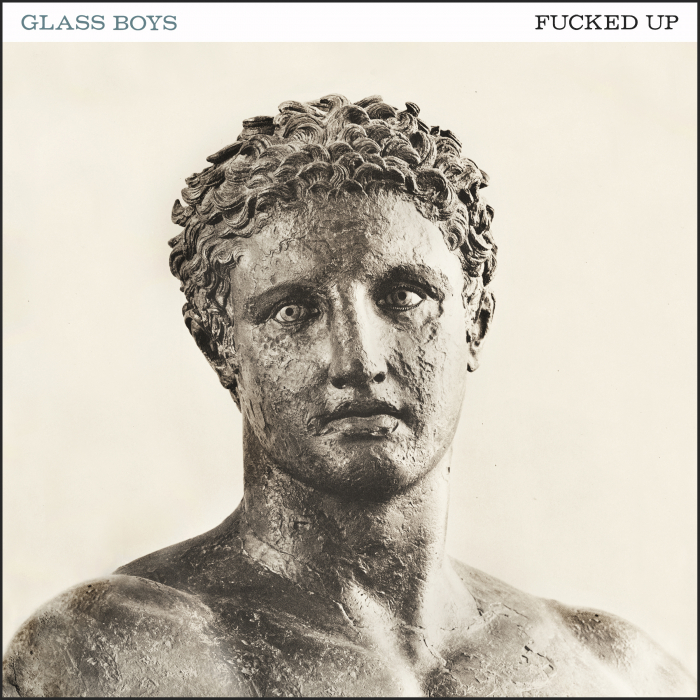