Phoebe Bridgers, Lucy Dacus and Julien Baker formed boygenius after booking a tour together, but the trio had subconsciously been in the works for longer than that. Through a series of tours and performances together, and chance encounters that led to friendships – including Bridgers’ and Dacus’ first in-person meeting backstage at a Philadelphia festival, greenroom hangouts that felt instantly comfortable and compatible, a couple of long email chains and even a secret handshake between Baker and Dacus – the lyrically and musically arresting singer-songwriters and kindred spirits got to know each other on their own terms.

“When we met, Lucy and Phoebe and I were in similar places in our lives and our musical endeavors, but also had similar attitudes toward music that engendered an immediate affinity,” Baker explains. “Lucy and Phoebe are incredibly gifted performers, and I am fans of their art outside of being their friends, but they are also both very wise, discerning and kind people whom I look up to in character as much as in talent.”

With gut-wrenchingly personal yet easily relatable verses and spare, lilting melodic arrangements, all three are leading a new rock vanguard that values unflinching self-awareness and unassailable songcraft. Baker’s sophomore LP Turn On the Lights and Bridgers’ debut Stranger in the Alps swept best-of-2017 lists, while Dacus’ meditation on loss, Historian, has already become one of 2018’s most lauded releases. “A long time ago, before I even met Phoebe, Julien mentioned that she had a pipe dream of starting a band with both of us,” says Dacus. “Then we booked this tour and decided the time was right.”

“It seemed obvious to record a 7-inch for tour, although many adult men will try to take credit for the idea,” adds Bridgers. “When we got together, we had way more songs than we expected and worked so well together, that we decided to make a full EP.”

In early June of 2018, they practiced and wrote for a day before holing up in Los Angeles’ storied Sound City studios, eventually taking the EP to Bushwick for mastering courtesy of Heba Kadry (Björk, Slowdive, Beach House). Each brought one finished song and one idea to boygenius, and though all six songs were fleshed out and finalized together, each reflects the sensibilities of its initial author. Baker’s slow builds and taut vocals add urgency to “Souvenir” and “Stay Down,” while album opener “Bite the Hand” roils with slow-burning layers of guitar as Dacus stands in her devastating truth: “I can’t love you like you want me to.” The Bridgers-architected “Me & My Dog” chugs into view with a deceptively simple open-road riff and Bridgers’ insistent recounting of a relationship that couldn’t help but fall apart.

“Everyone seemed both confident enough to present ideas and fight for their individual vision, but considerate and humble enough to make decisions which ultimately served the song,” says Baker. “It was a process that required a balance of determination and forthrightness with graciousness and pliability, and I think that we all did a good job of enacting that.” 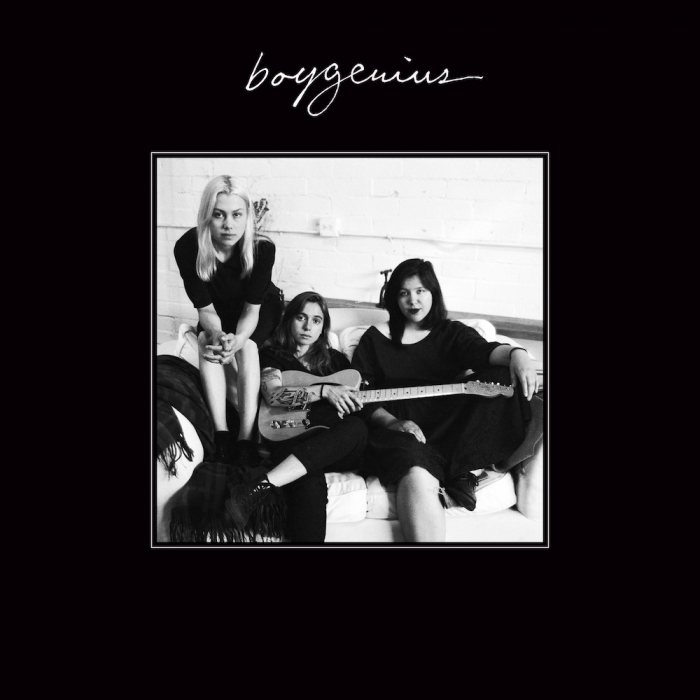