Today, we celebrate 30 years of Pavement’s debut full-length, Slanted and Enchanted, which was first released on this day in 1992 via Matador Records. It remains a truly monumental album – one that defined/ruined a generation and a genre, depending on who you ask.

This isn’t our first pass at the ‘Slanted and Enchanted’-anniversary-game and we’ve put decades of hard-earned know-how into making this one pop.

To start: On August 12, Pavement will release a limited-edition run of the Slanted & Enchanted on red/white/black splatter vinyl for the album's 30th anniversary.

We’ve also pressed up a lovingly detailed replica of the cassette Pavement used to shop ‘Slanted and Enchanted’ to prospective record labels, titled ‘Courting Shutdown Offers.’ This is an early version of the finished album with a different running order and a handful of alternate track titles. (Note: cassette tracks are the same versions as on Slanted & Enchanted) 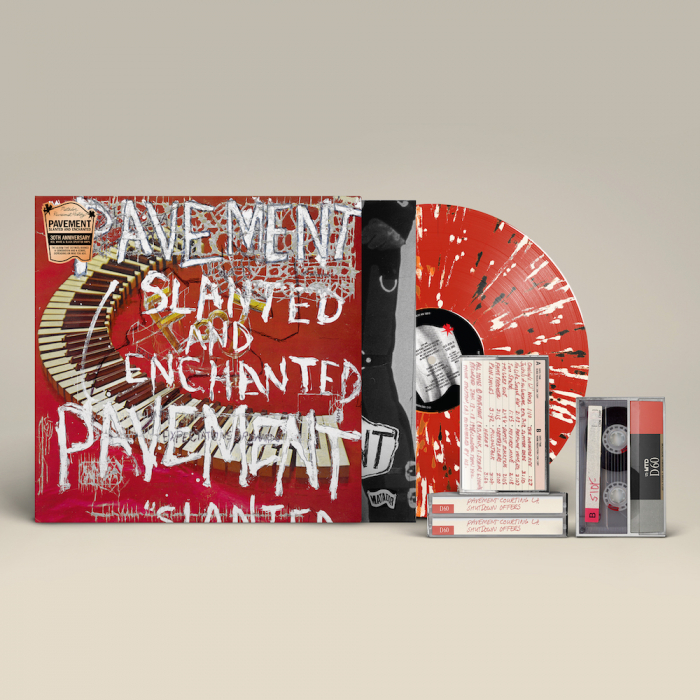