Out of stock
SKU
OLE-677
Notify me when this product is in stock
Add to Compare
Details
The Rose Has Teeth In The Mouth Of A Beast, Matmos's 5th full length album, a staggering collection of sound portraits paying homage to such iconic figures as Valerie Solanas, Darby Crash, Joe Meek, Larry Levan and Ludwig Wittgenstein, is both the duo's most melodic and most conceptually ambitious recording to date.

A funkier, funnier affair than "The Civil War", but also a far darker one, "The Rose Has Teeth In The Mouth Of A Beast" includes guest contributions from Antony, Kronos Quartet, Bjork, Laetitia Sonami, Kalonica McQuesten, Maja Ratke and others.

The album is accompanied by ten specially commissioned works of portraiture by visual artists like Dan Clowes, Jason Mecier, Michael Bernard Loggins and others, that depict the subjects of each song (Levan, Meek, Solanas, etc.).

The CD packaging for this one is over the top too with a stunning die-cut cover that will beautifully display the portraits. The LP does not have the die-cut, but it does have the portraits laid out in the gatefold sleeve with a handy timeline of the subjects involved as well as a non-CD bonus track "Kendo For Yukio Mishima."
More Information
Skip to the end of the images gallery 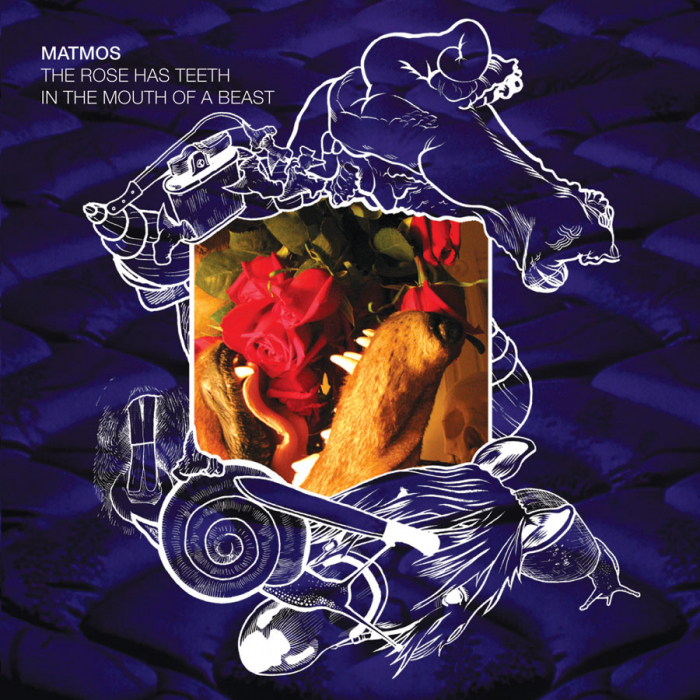