Kurt Vile is slowly, quietly becoming one of the great American guitarists and songwriters, of our time. This 69-minute double album is comprised of sweeping, expansive songs that are both very intimate and conversational. Wakin On A Pretty Daze is a timeless record that would have sounded great 30 years ago, sounds great today, and will still sound great in another 30 years’ from now.

Beautifully produced by John Agnello, the record is filled with hazy, swooning guitar lines and dreamy, beatific, and occasionally sardonic vocals. It is summed up by the staggeringly gorgeous 9-minute opener, Wakin On A Pretty Day. The song is also the first video, directed by Jonathan Demme in the spirit of his landmark Springsteen video “Streets OfPhiladelphia.”

The record has other connections to Kurt’s home town. Steve Powers (ESPO), the renowned Philly street artist, painted the cover mural on an abandoned building near the Northern Liberties. The album is being announced via a mini-doc of Powers creating the mural with Kurt’s commentary, and the two of them talking about Philadelphian music and visual arts. The mural will be re-created in London, Los Angeles and New York. 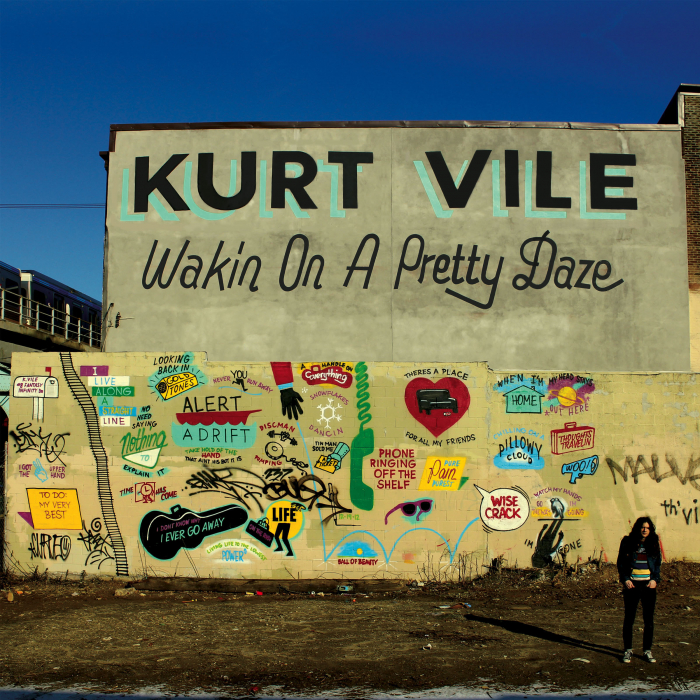