It’s been an epic year for Kurt Vile: from the universally loved release of Wakin On A Pretty Daze, to the late night television debuts, seemingly endless touring & the innagural Kurt Vile Day.

Dubbed the Deluxe Daze (Post Haze) version of the release of this deluxe CD caps out this banner year as Kurt Vile is quickly but quietly becoming one of the great American guitarists and songwriters of our time.

The 69-minute album, comprised of sweeping, expansive songs that are both very intimate and conversational hits shelves repackaged with new Steve Powers (ESPO) artwork and a bonus EP entitled “it’s a big world out there (and i am scared)” .

The second disc includes a fleshed out “synth string” version of “Never Run Away” and two brand new tracks: the fingerpicked earworm “Feel My Pain” and the bedroom psych moves of “The Ghost of Freddie Roach”. Wakin standouts “Snowflakes Are Dancing” and “Air Bud” are also reprised here as “Snowflakes Extended” and “Wedding Budz”, respectively.

Wakin On A Pretty Daze is a timeless record that would have sounded great 30 years ago, sounds great today, and will still sound great in another 30 years from now.

Wakin On A Pretty Daze 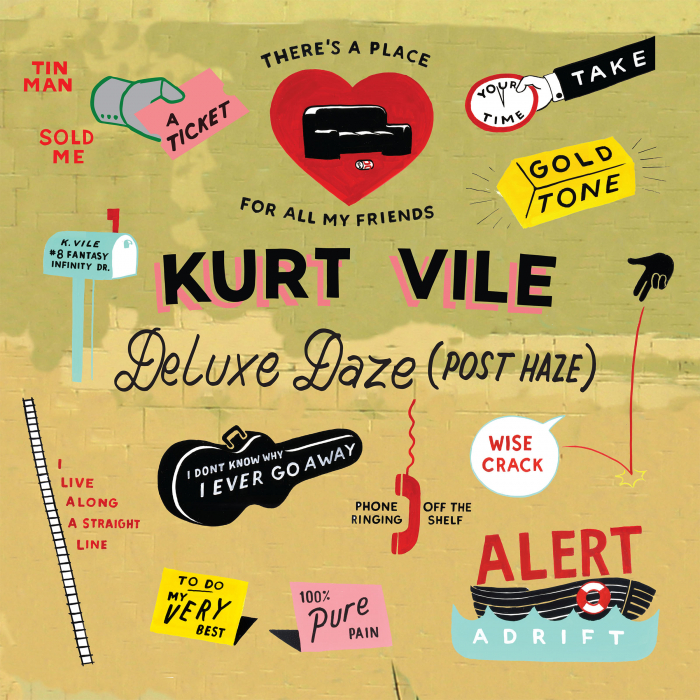