The store will not work correctly in the case when cookies are disabled.
Out of stock
SKU
OLE-722
Notify me when this product is in stock
Details

Wowee Zowee, originally released by Matador in April 1995 on the eve of Pavement’s infamous mud-bespattered mainstage appearance at Lollapalooza, began life as a controversial release. Fresh off the success of Crooked Rain, Crooked Rainwith its chart- topping Modern Rock hit “Cut Your Hair,”the band went into the studio and came out with a deliberately chaotic and eclectic album that sounded nothing like its predecessor. With
influences from the Groundhogs to the Frogs, Captain Beefheart to the more obscure mid- ’80s central California hardcore bands featured on Maximum Rock’n’Roll comp ‘Not So Quiet On The Western Front,’ Wowee Zowee' confused critics and alienated fans.

How fantastic, then, that it went on to scan 122K copies and became many fans’ fave Pavement album. A return to their pre- Crooked cacaphony, the songs have a
darkness that now seems appropriate, and with Bryce Goggin at the mixing desk, the production was the band’s most rocking to date. This super-deluxe remastered compilation has:
• An  embossed slipcase containing 2 CDs plus 64-page perfect-bound book
• 50 tracks total, 18unreleased recordings
• The entire remastered original album
• 6 never-released songs, outtakes or live
• 9 non-album B-sidesfrom the “Rattled By The Rush” single, the “Father To  A Sister Of Thought” single, and the Pacific TrimEP
• 4 period compilation tracks, from the ‘Schoolhouse Rock!Rocks’ tribute album, the
‘Homage’ tribute to the Descendents, and soundtracks to ‘I Shot Andy Warhol’ and ‘Kids In The Hall:Brain Candy’ soundtracks
• 5 BBCEvening Session tracks
• 7 JJJ (Aus)Live at the Wireless tracks
• 2 VPRO(Holland) Session tracks
• 1 track from the Medusa Cyclone split 7”
• 1 alternate mix 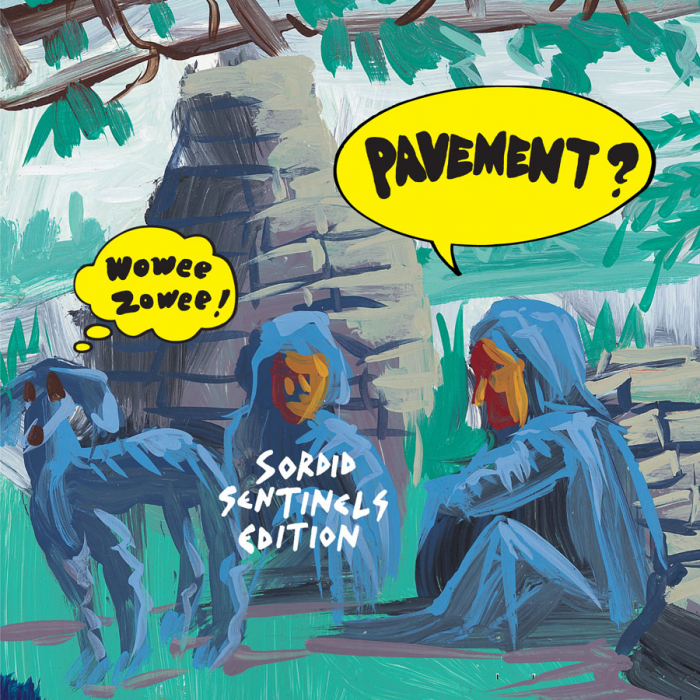